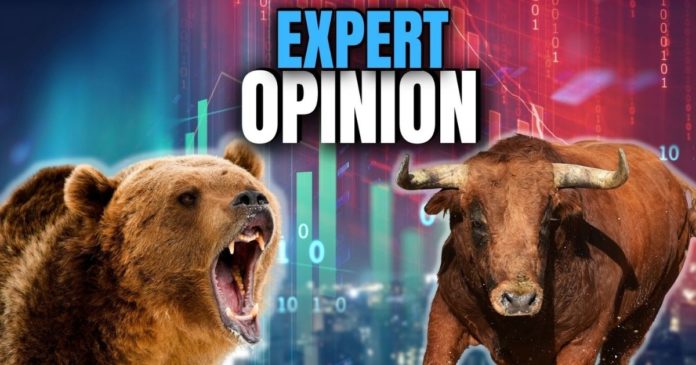 But the question is that are we in a bull market or have the bears taken over. Altcoin Buzz reached out to financial market experts like Anthony Scaramucci, former Goldman Sachs banker and White House Director of Communication; Bobby Ong, Co-Founder & COO CoinGecko; Reuben Yap, Firo’s Project Steward; Anh Nguyen, Head of Business Operations, TomoChain and more to understand the future course of the crypto market. Trust us, we were super excited to see some 6-digit bitcoin predictions for 2021!

AB: Bitcoin is off more than 30% from its new all-time high this year. What do you think actually led to this massive drop?

Scaramucci: Price drop pure and simple was deleveraging. The outsized returns that bitcoin provides creates a lot of leverage speculation. That’s why we get these 30 to 40% downdrafts.

AB: Market sentiments are pretty negative and many traders are anticipating that bitcoin is in a bear market now. What are your thoughts about it? Was this a correction or have bears taken over the market?

Scaramucci: This is a correction in a bull cycle pure and simple. However, the institution isn’t in the product yet. So, it’s still early.

AB: What is your Bitcoin price prediction by the end of 2021? Are We in a Bull Market?

AB: Ethereum outperformed Bitcoin’s recent price rally. What do you think led to that?

Scaramucci: ETH has great use cases but this is temporary. Bitcoin remains the Apex predator AB: Bitcoin is off more than 30% from its new all-time high this year. What do you think actually led to this massive drop?

Bobby: The market sentiment was euphoric when Tesla decided to invest in Bitcoin as part of their corporate treasury. This led to speculation that other large companies may also soon add Bitcoin to their balance sheets. The crypto market was bullish for some time, and it is not surprising that there was a sharp correction since then.

The recent negative news that Tesla will stop accepting Bitcoin for new car purchases and China will start cracking down on Bitcoin mining served to provide the catalysts for the recent market correction.

The sharp downturn also helped flush out large amounts of leverage from the crypto trading ecosystem among retail investors.

AB: Market sentiments are pretty negative and many traders are anticipating that bitcoin is in a bear market now. What are your thoughts about it? Was this a correction or have bears taken over the market?

Bobby: As shown by the Crypto Fear and Greed Index, the market is now in the phase of “Extreme Fear”. The market was quite overheated before the recent drop, with plenty of leverage used by retail traders and the rise of meme dog coins such as Dogecoin and Shiba Inu. It is expected that such a market downturn was to happen to wash out the short-term speculators using high leverage.

Nonetheless, the recent downturn has provided an opportunity for institutional investors such as Ray Dalio, George Soros, and Rockefellers to make their cryptocurrencies investments. This shows that the old players are taking note of this new, growing industry and cannot be ignored anymore.

AB: What is your Bitcoin price prediction by the end of 2021? Are We in a Bull Market?

Bobby: I don’t think we are in a bear market yet, though we are reaching near the peak. I think we are currently in a ranging market for the next few months before the next leg up. There is still strong institutional demand, and large corporations are increasingly looking at other cryptocurrencies beyond Bitcoin, such as Ethereum and DeFi tokens.

AB: Ethereum outperformed Bitcoin’s recent price rally. What do you think led to that?

Bobby: Unlike Bitcoin, which is mainly used as a Store of Value, Ethereum is frequently used to conduct complex transactions such as in DeFi and NFT. The rise of NFT has helped Ethereum enter into the public mainstream as it is easy for the ordinary guy to relate with digital art and collectibles.

Ethereum’s price rise is also driven by an upcoming protocol upgrade called EIP-1559. This upgrade is scheduled to take place in July with the “London” hard fork of Ethereum. In this upgrade, Ethereum’s supply will be reduced by having a percentage of each transaction fee being burned instead of being sent to miners. That having been said, we adore cryptocurrency and blockchain space. And it’s not going anywhere. On the opposite — it is only going to go up in the long term. And who will rise on top from this specific correction? Companies that are devoted to building the most useful products for users. So, this is where we focus our energy at TomoChain — making our merchandise better every day. AB: Bitcoin is off more than 30% from its own brand new all-time high this season. What do you believe really led to this massive drop?

Reuben: Most men and women blame Elon Musk and the China FUD but like most things, it’s a combination. The market was overleveraged and over-extended and before Elon’s tweets was in a tentative recovery state. The series of negative information set it careening. Obviously, there is the Wyckoff distribution chart that everyone was talking about to indicate huge players manipulating it that is not beyond the realm of possibility given how biased the coverage has been.

I do think that these are good growing pains and the marketplace matures enough to dismiss such sound.

AB: Market sentiments are pretty negative and lots of traders are expecting that bitcoin is in a bear market now. What are your thoughts about it? Was this a correction or possess bears taken over the marketplace?

I really don’t think we’re in a bear market but it will take some time to pick up steam again which is healthy. While many have quoted that such a large drop triggers a bear market and there were many negative technical signs, interest from the space remains fairly high, and anecdotally many retail stores are watching this dip as a chance to purchase. We also have to realize that the derivatives market in previous bull cycles weren’t as developed and complex associations are now entering the distance which makes it a lot harder to use preceding trends as a benchmark so I do ebook